Guru was born as Gursharan Jot Singh Randhawa and he belongs from Gurdaspur district of Punjab. He is a Punjabi singer and a songwriter. He was named “Guru” by his close Friend Bohemia (Bohemia Biography). Babbu Maan, Gurdas Maan and Diljit Dosanjh is Guru’s favorite singer.
Guru Randhawa was born on Friday, 30 August 1991 in Nurpur, Dera Baba Nanak tehsil in Gurdaspur district of Punjab. Age of guru is 28 years old according to 2019. 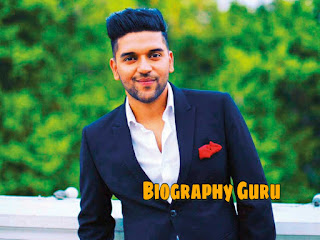 Guru Randhawa’s Caste is Jatt. His Family is settled in Gurdaspur district of Punjab. In his interview Guru says that his brother, Ramneek Randhawa, is the person behind his success. In his childhood days, there is no cable facility in his area, he show his interest in Singing by listening to the channels  on Doordarshan and radio. Lets check out Guru Randhawa Family images: 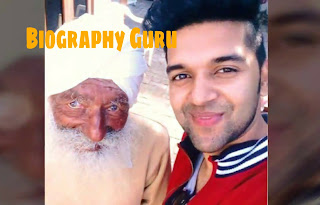 Guru Randhawa with his Grandfather 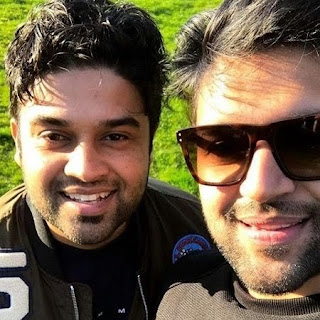 Guru Randhawa with his Brother 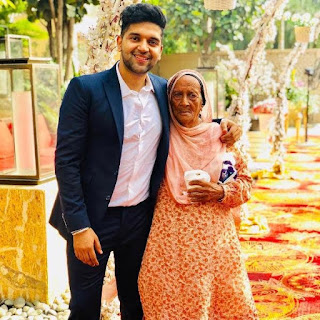 Guru Randhawa with his Grandmother

Guru Randhawa completed his graduation from Indian Institute of Planning and Management in Delhi. When Guru was in school he used to participate in various singing competitions. His Aim is to become a good singer.

After finishing his schooling Guru shifted to Delhi where he started making contacts for his songs and at the same time he obtained his MBA degree. As Guru’s dream was to become a singer, but he still wanted to complete his education.

Guru told in an interview that most Punjabi singers enter into the industry without completing their studies and Because of this they do not understand professional contrast and they are not able to reach success so that’s why he was serious about His Studies.

In the early days of his career, Guru used to show his songs to every contactror but they all reject the button songs by some excuse. Some used to ask for money from him and some used to say that your songs are outdated. But he did not give up and keep going towards his success.

Guru started his career in 2012 with the song “Same Girl” but he did not get success. Then he met Bohemia,  Guru got an opportunity to open, where he used to sing his own songs for the first 15 min. It was Bohemia who guided him in the early days.

Guru believes that he actually got his success in 2015 with his song Patola in which Bohemia appeared with him. Guru did not plan this song with Bohemia, but Bohemia was his friend, so he had told this song to Bohemia.

And when Bohemia heard the lyrics of the Patola song, Bohemia said that we will do this song together. This song was so successful that after this the t-series signed him and like this, he started getting more and more offers and become Popular.

Guru Randhawa started his career in 2012 with the song “Same Girl” with Arjun. His first album was released on 17 November 2013.

InApril 19, 2019, Guru released his song “Slowly Slowly” with the American rapper, Pitbull as a single by T-Series. It is Guru Randhawa‘s first international collaboration. 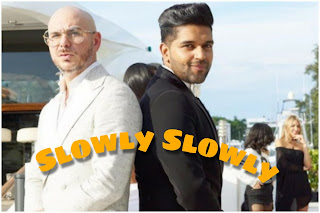 Liking and Disliking of Guru

When Guru shifted from Punjab to Delhi for Higher studies he saw a girl and he started loving her. So Guru told him that I love you, I like you. But she said, I don’t like you, I don’t know who you are, what is your status, you are nothing, so why should I love you?

Then from that day the Guru thought that I have to do something big to show him. Guru also wrote a song for her “Ban Jaar Tu Meri Rani.”

Do you like bhoot wali picture? See which is best film.

Guru release his song “Patola” and He became famous. And when she khow that guru become famous then she calls guru and says how are you then Guru says I am sick then she says I love you Guru says I don’t love you.

Guru became the first Indian artist whose videos crossed 3 billion views.
He does not like expensive cars which are shown in his songs. Guru said that he is a fantasy. He is not like that.
He make record of Completing Hundred million views in just 20 days on his Song “Made in India.”
He does not like parties, he said that the party is not meant for me, he likes to write songs at night.

He became famous after his song patola with bohemia.

The Guru fell in love with a girl when he came to Delhi and wrote a song for her “Ban Jaar Tu Meri Rani.”